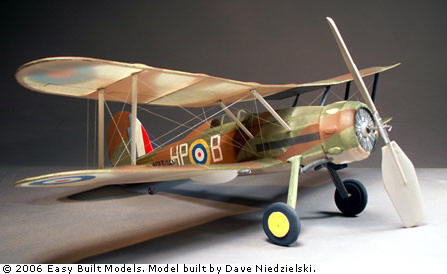 Used primarily by the Royal Air Force and Navy, the Gloster Gladiator was the last British biplane fighter. Introduced in 1937, this single-seat day fighter was used during World War II by Britain and the armed forces in 13 other countries. 756 were produced. The Gladiator was a vital stopgap fighter ahead of the forthcoming Hurricane and Spitfire projects then being designed. It appeared at a time when monoplanes were already eclipsing biplanes and yet the Gladiator achieved wartime fame in the hands of skilled pilots, fighting some of the most dramatic battles of the early war years.

During the siege of Malta in 1940, the entire island of Malta was protected by a small force of Gladiators, giving rise to the myth that only 3 Sea Gladiator aircraft, unofficially named FAITH, HOPE, and GLORY formed the entire air defense of the island. There were actually 18 aircraft from the 802 Squadron Fleet Air Arm (FAA), some of which were being used for spare parts while the other flew in rotation.


Kit FF-98LC Gloster Gladiator is a 1/22 scale, flying model. This kit is based on a wonderful plan and printing plates found in the Easy Built Models' archives, dated 1939. Redrawn by David Niedzielski for reissue as a LASER CUT kit, the plan has been updated to present day construction techniques. 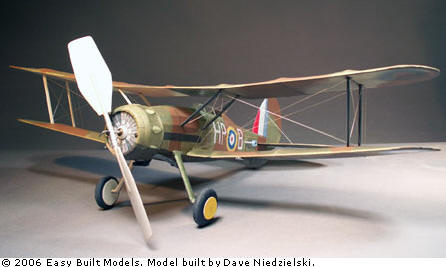 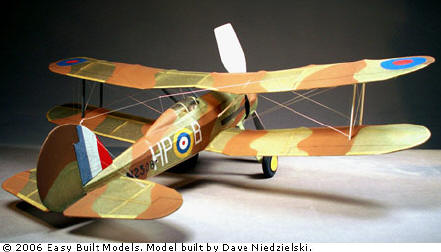 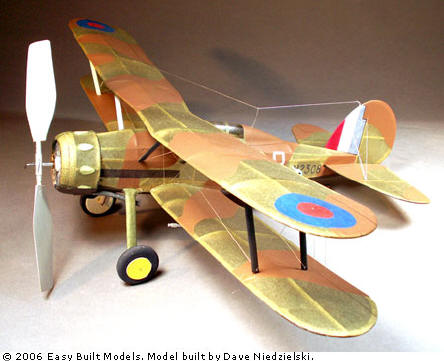 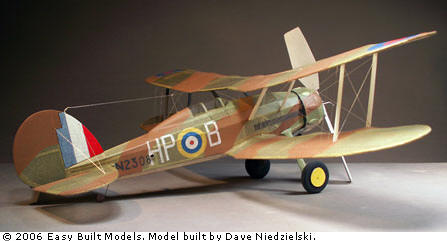 Needed To Complete and Not Included:

You will need a hobby knife, fine sandpaper, building board, pins, and glue.